The Ocean Cleanup is the brainchild of Dutch twenty-something entrepreneur, Boyan Slat, who introduced his concept at a 2012 TEDx talk. Today, he’s the CEO of the venture and has dedicated the last seven years to designing a working prototype and funding his startup for sustainable future operations. In November 2019, The Ocean Cleanup announced their first successful trial and hinted at recycling and selling the collected mass into products to help fund the company’s continuing efforts. Photo by Artem Beliaikin from Pexels

The Complexities of the Pacific Garbage Patch

The Patch is made up of multiple trash tracts, which together contain nearly two trillion pieces of plastic and other debris. The whole mass is about twice the size of Texas and moves with the Subtropical Convergence Zone, so it’s somewhat mobile. This “junk soup” includes everything from bottles to toothbrushes and fishing nets to toys, some of which have broken down into microplastics only a few millimeters in size. Estimates put the mass somewhere in excess of 30 billion pounds of trash. Some of the difficulties of cleanup hinge on the fact that not all of the debris floats at the surface. In fact over 70% sinks to the bottom or hangs suspended in between and parts of it are so small that the whole mess makes cleanup operations particularly difficult.

Another complex issue is the source of the problem. About 80% of the debris hails from North America and Asia with the rest coming from cargo ships and oil platforms that dump or lose plastic into the water. The single largest contributor is fishing nets that have gotten loose or been discarded. Furthermore, the Patch moves at varying speeds, posing an additional problem for a self-propelled device. Finally, no one sees the problem as they’re own although arguably, we’re all owners of the mess and beneficiaries of its removal. That makes funding of cleanup efforts extra challenging, however the latest of Slat’s prototypes has addressed some of these issues with promising new technology.

The Ocean Cleanup System & Its Evolution

The system is a 2,000-foot U-shaped tube floating on the water with a screen suspended below in the water column. The first iteration was designed to move with the wind and ocean currents however, the tube couldn’t contain the trash it collected and its progress was outpaced by the garbage it was designed to gather. Slat tried again with System 001/B, which was launched from Vancouver in June 2019. The new design delivered improved performance and even captured 1mm microplastics, a feat that pleasantly surprised the testers.

System 001/B included modifications to ensure success in what is known to be an unforgiving environment. The new version was somewhat downsized to make it more manageable as a prototype. A parachute sea anchor was added to optimize speed. However, in the first version of the redesign, the debris topped the tube and floated free so the size of the cork line was increased to add capacity. The testers managed to accomplish these tweaks even as the system was already deployed offshore.

The results were encouraging. System 001/B successfully captured 60 cubic meters of plastic trash, which were brought to land for recycling. The prototype still has its limitations since testers had to follow the device by boat and empty it of its contents every few weeks. Clearly, that’s not cost-effective for what is supposed to be a self-managed device and the carbon footprint associated with this kind of human interaction is not insignificant. However, Slat will soon by launching a full-scale System 002,which should be modular, larger, repairable at sea, and able to collect debris for months rather than weeks before needing to be emptied.

Slat’s organization initially raised $30 million but this is an R&D-hungry proposition so funds for new development and ongoing operations are top-of-mind with the founder. That’s why a key component to the mission is to turn the collected plastic into new consumer products and reinvest the profits back into the cleanup efforts.

The Ocean Cleanup is partnering with organizations that will sort, clean and recycle the captured mass and then design and manufacture the first products by September 2020. Slat hopes this novelty will command a premium with consumers. Those desiring to be trendsetters can guarantee first dibs on the new products with a $50 donation.

This system of capturing raw materials and using sales of the resulting products to fund operations sounds like the ultimate perpetual sustainability machine, but even here there are hurdles. First, there are other companies already marketing products made from “ocean plastics” but with no overseeing body, there’s no way to prove where the recycled materials actually originated. Second, healthy sales of ocean plastic goods could invite new competitors, driving the prices of these products too low to fund the development of further cleaning systems. Third, although The Ocean Cleanup is a nonprofit, there needs to be a path to profitability that will attract a critical mass of interest by other entities, which will join in the cleaning efforts with devices of their own design.

Whether its through sales, continued donations or venture capital, Slat foresees exceptional growth for his company and expects to rid the earth of 50% of the Patch in only five years and 90% by 2040. To accomplish this, he’ll need a fleet of upsized devices that will continually evolve and that will take both time and money.

Experts add that cleaning up is not enough. The cycle has to stem the growth of the problem in order to have a even a hope of a solution that can catch up with the massive issue. Concepts such as nets placed over rivers that empty into the ocean would greatly reduce the inflow of the debris. No doubt, a combination of cleaning up as well as halting the contribution will be needed for the oceans to regain balance.

The devastation the Pacific Garbage Patch is causing is alarming. Marine life, including seabirds, fish and marine mammals are dying from direct plastic poisoning or from their organs rupturing after ingesting plastics. The shade cast by the Patch also blocks sunlight, thereby interfering with the growth of algae and plankton, which are at the base of the food chain. With this disruption in the natural cycle, many animals are perishing due to starvation.

The Patch is indiscriminate in its killing spree and will absolutely and catastrophically impact humans. This killer soup is a real threat to our survival and a horrific fact that nobody wants to own. It is, therefore, time for nations to come together to support The Ocean Cleanup and organizations like it, which have the foresight to make a difference. Is this a house? Yes. Is this a yacht? Yes. “It’s the world’s first fully solar-powered livable yacht,” Marius tells us. Quite remarkable, the Arkup 75 is fully self-sustaining for both power and water - a truly off-grid paradise. Arkup’s founders were motivated by a concern for the environment, climate change and sea-level rise around the world. They felt Miami would be an ideal place to launch an innovative new platform for sustainable living. So they founded the Arkup company with the belief that this visionary product, designed with renewable tech, would be an inspiration to future generations. The Arkup 75 showcases how to live with the water while being independent with drinking water and energy. Imagine an immense two story penthouse with stunning horizon views from every room that can also motor itself around to new locations whenever your heart desires. Robustly built, this floating villa plants itself wherever it’s parked. “[It has] four 40 ft-long steel spuds and hydraulic jack-up system that allow the vessel to be anchored and completely stable in up to 20-25ft of water.” - ARKUP It’s this transformational function that allows the House Yacht to be worry free when it comes to storms. The biggest worry for waterfront property owners is usually flooding from hurricanes and sea level surge. The Arkup House Yacht quite literally rises above that challenge so that flooding is not a concern, able to raise itself high above the water. It also features floor-to-ceiling stackable impact windows (by PGTi) which provide stunning panoramic views and simultaneously protect against high winds and hurricane conditions. />
Arkup House Yacht Combats Rising Sea Levels with Innovation
Category: Features
Hop aboard the Arkup 75 - a next generation, fully solar-electric, sustainable house yacht. 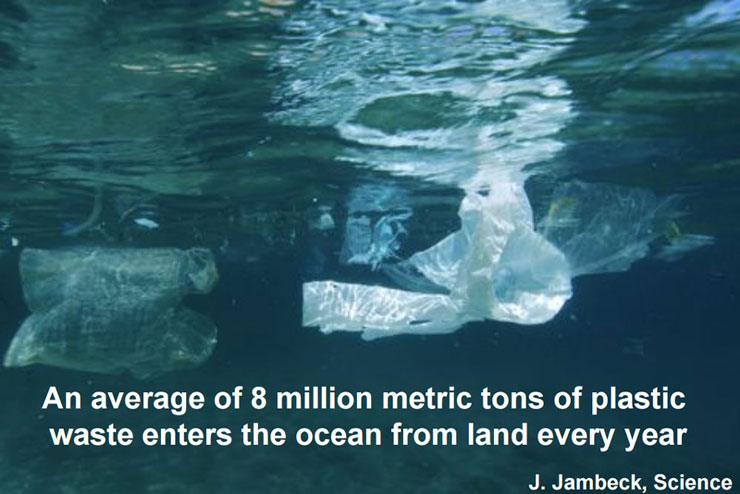 5 Steps to Greener Yachting
Category: Features
Follow these tips for more responsible yachting, and give back to the waters you love. 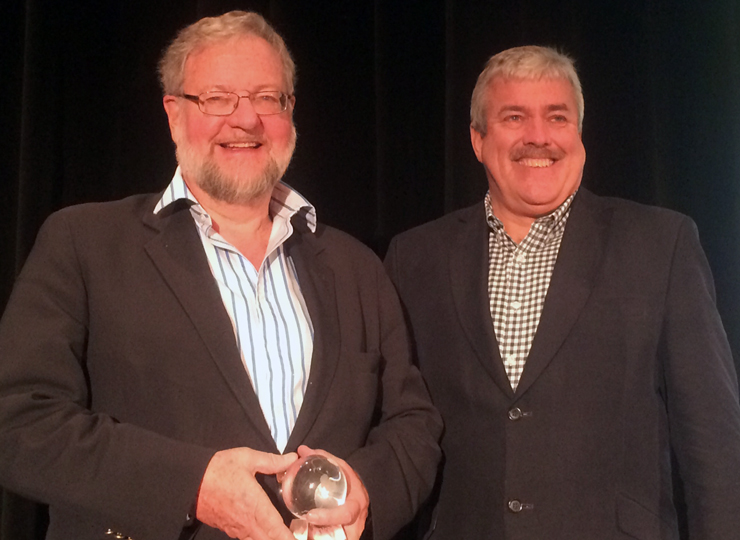 A Man for All Seas: David Rockefeller, Jr. is the YachtWorld Hero for 2013
Category: Environment and Weather

In the decade since it was founded, Rockefeller’s ocean-stewardship organization, Sailors for the Sea,...