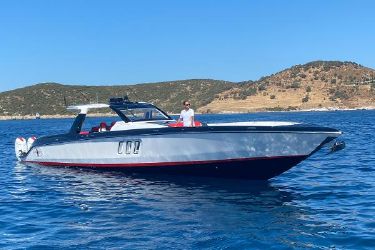 The 59 Tirranna was developed by Cigarette Racing from scratch and designed by world ...Read More Webbers Cove is a yacht builder that currently has 9 yachts for sale on YachtWorld, including 2 new vessels and 7 used yachts, listed by experienced yacht brokers and boat dealerships mainly in the following countries: United States. Models currently listed on YachtWorld range in size and length from 22 feet to 42 feet.

Type of yachts by Webbers Cove

This builder offers boat hull types including semi-displacement, displacement and planing that are frequently used for traditional, time-honored boating pursuits such as a variety of commercial and recreational boating activities. Webbers Cove equips models listed with inboard and outboard drive power options, available with diesel and gas propulsion systems.

Renowned for their Downeast, Pilothouse and Trawler, the Webbers Cove boats listed generally have a medium-depth draft and generally wider beam, features that make them popular and an ideal choice for a variety of commercial and recreational boating activities.

How much do Webbers Cove boats cost?

Webbers Cove boats for sale on YachtWorld are listed for a variety of prices from $48,000 on the moderate end of the spectrum, with costs all the way up to $195,000 for the most extravagant model yachts.

What Webbers Cove model is the best?

Some of the best-known Webbers Cove models now listed include: Downeast, 1966/2004 Custom Trawler, 34, 34 Downeast and Downeast Cruiser. Various Webbers Cove models are currently offered for sale by specialized yacht brokers, dealers and brokerages on YachtWorld, with listings ranging from 1966 year models up to 2012.