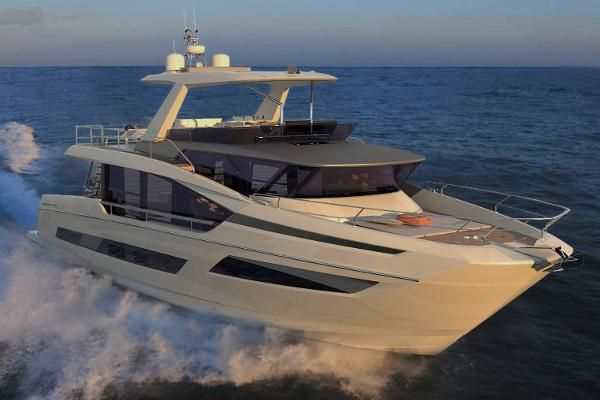 REVOLUTIONARY ARCHITECTURAL DESIGN CREATED IN THE SPIRIT OF A SUPERYACHT, THE X70 OF ...Read More

What type of yachts does Kha Shing build?

What Kha Shing is the best?

Some of the most notorious Kha Shing models presently include: 36 AFT CABIN TRAWLER, 45 Trawler, 4911 Sundeck, 51 and 510. Various classic and vintage Kha Shing models, built as far back as 1979, are currently offered for sale by specialized yacht brokers on YachtWorld. Many sleek, more modern yachts built as recently as 2002 are available from professional yacht dealers and brokerages around the world.

How much do Kha Shing boats cost?

Kha Shing boats for sale on YachtWorld are offered at a range of prices from $65,709 on the moderate end of the spectrum all the way up to $498,500 for the most expensive, custom yachts. Luxury models can take motors up to an exceptional 1,470 horsepower, while affordable models may have as modest as 272 horsepower engines (although the average engine size is 640 HP).

Why are Kha Shing boats popular?

Kha Shing boats are sought-after for their Motor Yachts, Trawler, Cruisers and Flybridge. These vessels generally have a deeper-depth draft and exceptionally wide beam, features that make them a favorite for overnight cruising.