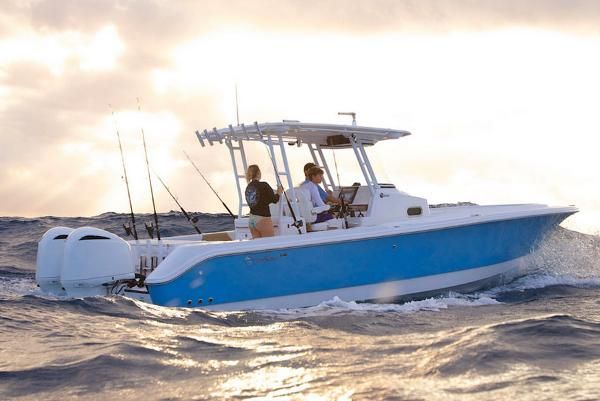 Where weight is critical for superior hull performance and fuel economy in a power b ...Read More

Century is a classic yacht builder in the boating world. YachtWorld currently has 65 Century yachts for sale, including 11 new vessels and 54 used yachts, listed by experienced boat dealerships mainly in the following countries: United States, Mexico, Ireland and Italy.

What type of yachts does Century build?

Century models can range in size and length from 15 feet to 33 feet with unique boat hull types including deep vee, planing and other. They are generally used for traditional, time-honored on-the-water activities such as day cruising, saltwater fishing, freshwater fishing, overnight cruising and watersports. Century constructs models with outboard-4S, outboard, inboard and outboard-2S propulsion systems, available in gas and other fuel systems.

What Century is the best?

Some of the most notorious Century models at present include: Resorter 18, Coronado, 2600 Center Console, 3200 Center Console and 2200 Center Console. Various classic and vintage Century models, built as far back as 1947, are currently offered for sale by specialized yacht brokers on YachtWorld. Many sleek, more modern yachts built as recently as 2021 are available from professional yacht dealers and brokerages around the world.

How much do Century boats cost?

Century boats for sale on YachtWorld are available for a range of prices from $6,619 on the relatively more affordable end all the way up to $276,904 for the the more costly yachts. Luxury models can accommodate motors up to an exceptional 600 horsepower, while the most modest models may have as little as 100 horsepower engines (although the average engine size is 400 HP).

Why are Century boats popular?

Century boats are sought-after for their Center Console, Antique and Classic, Saltwater Fishing, Cuddy Cabin and Cruisers. These vessels generally have a medium-depth draft and average beam, qualities that make them well-suited for day cruising, saltwater fishing, freshwater fishing, overnight cruising and watersports.