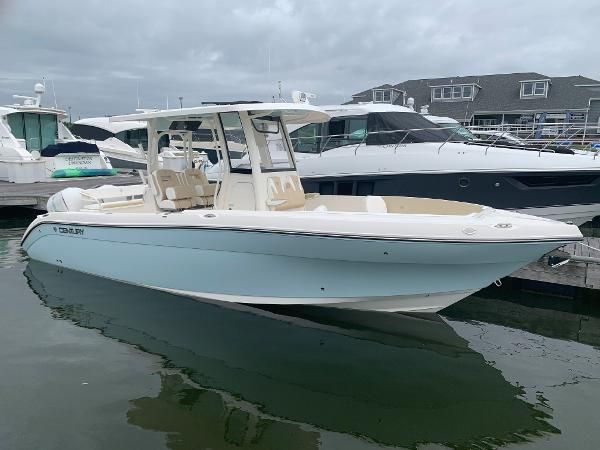 HARDCORE FISHING MEETS LUXURY AND COMFORT… With plenty of seating from bow to stern ...Read More

What type of yachts does Bay Stealth build?

What Bay Stealth is the best?

Some of the most widely-known Bay Stealth models presently include: 2030 Liner and 2430. Various classic and vintage Bay Stealth models, built as far back as 2000, are currently offered for sale by specialized yacht brokers on YachtWorld. Many sleek, more modern yachts built as recently as 2006 are available from professional yacht dealers and brokerages around the world.

How much do Bay Stealth boats cost?

Bay Stealth boats for sale on YachtWorld are offered at a swath of prices from $24,900 on the more modest side all the way up to $28,750 for the most luxurious yachts. Luxury models can hold motors up to an impressive 300 horsepower, while affordable models may have as low as 150 horsepower engines (although the average power size is 225 HP).

Why are Bay Stealth boats popular?

Bay Stealth boats are often admired and relied upon for their Center Console and Saltwater Fishing. These vessels generally have an exceedingly shallow draft and average beam, features that make them favorable for saltwater fishing, freshwater fishing and day cruising.